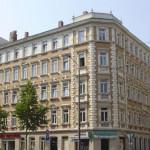 In 2005 Woodsford identified an opportunity to invest in the German residential property market and Berlin in particular. The City was starting to grow again and its economy undergoing significant structural reform which included the relocation of government ministries from Bonn and the establishment of important economic clusters in biotechnology and media. Other growth sectors include corporate services and healthcare while leisure and tourism have also seen rapid development which has helped Berlin to recapture its mantle as a major European capital.

Woodsford seized the opportunity and helped create an investment portfolio of some 400 units now worth in the region of €64m. Post the financial crisis the German economy held up well and German residential property has proven to be a particularly defensive sector as well as a major beneficiary of ultra-low interest rates in the Eurozone.  Our client is currently in disposal mode and Woodsford is advising on a range of issues including so-called 'partitioning' where individual apartments are sold to owner occupiers and investors in order to generate premium return.